Writing my own cookbook..now there's a novelty! 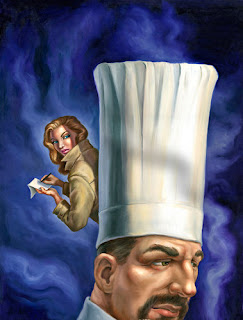 So, according to a recent NY Times article, which has become quite controversial, writing your own cookbook these days can be a terrible chore and beyond the capabilities of many stars and celebrity chefs it seems. Quite honestly, I wasn't surprised, and why not?...because I've done it!...and the time and dedication it takes to write your own book, and in my case a biographical cookbook, is enormous! No wonder these celebrities don't write their own stuff. It takes inspiration, dedication, creativity and time...lots of time.

Of course Rachel Ray and Gwyneth Paltrow beg to differ, claiming they did indeed pen their own books, but I personally think that was PR damage control. After all, who wants to buy a book that is a phoney? But, I need to give them the benefit of the doubt I suppose, perhaps they are different - but this article did strike a chord with me because I am a cookbook author who did indeed write her own book. My talented hubby and I made every dish, wrote every word, photographed every scene, created every graphic and spent three years of our life in what was our passion...that's time celebrities can ill afford between movie sets, TV shoots, make overs, Rodeo Drive shopping and fabulous dinners on the town...

Here's a snippet of the article in case you missed it:

"Many real-world cooks have wondered at the output of authors like Martha Stewart, Paula Deen and Jamie Oliver, who maintain cookbook production schedules that boggle the mind. Rachael Ray alone has published thousands of recipes in her cookbooks and magazine since 2005. How, you might ask, do they do it?

The answer: they don’t. The days when a celebrated chef might wait until the end of a distinguished career and spend years polishing the prose of the single volume that would represent his life’s work are gone. Recipes are product, and today’s successful cookbook authors are demons at providing it — usually, with the assistance of an army of writer-cooks.

“The team behind the face is invaluable,” said Wes Martin, a chef who has developed recipes for Ms. Ray and others. “How many times can one person invent a new quick pasta dish?”

Mr. Martin, and dozens of others like him, have a particular combination of cooking skills, ventriloquism and modesty that makes it possible not only to write in the voices of chefs, but to actually channel them as cooks.

“It’s like an out-of-body experience,” Mr. Martin said. “I know who I am as a chef, and I know who Rachael is, and those are two totally separate parts of my brain.”

Employing writers and recipe developers has long been routine; chefs, after all, have their own specialized skills, and writers are not expected to be wizards in the kitchen.

Ghostwriting is common among business leaders, sports figures and celebrities. But the domesticity and intimacy of cooking make readers want to believe that the food they make has been personally created and tested — or at least tasted — by the face on the cover. And that isn’t always the case, especially for restaurant chefs. "

So, what do you think?

Next time you pick up Rachel's books, just think..ok, ok, I'll get off my soap box now, but I just needed to say this as I know what it takes to create a book from scratch. My book, The Shamrock and Peach, was a labor of love, and I hope that shone through. 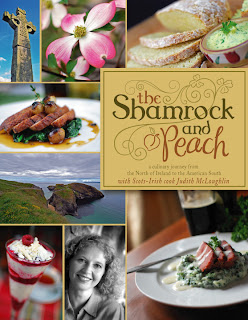 Judie the Irish Foodie
Posted by Judith McLoughlin at 9:47 PM 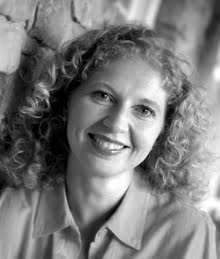